HOME
ABOUT US
PRODUCTS
NEWS
OUR STRENGTH
CONTACT US 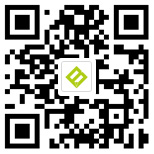 Classification:
Industry News
Source:
2018/08/16 16:48
Page view
1, the mechanism transformation accelerates, the structure gradually reasonable In order to adapt to the situation, China's mold industry in recent years to accelerate the pace of institutional reform and transformation, "funded" and private enterprises have accounted for the industry's leading position, equipment level and product level has been greatly improved, management has made great progress. Many enterprises have applied CAD/CAM/CAE integration technology, three-dimensional design technology, ERP and IM3 information management technology, as well as high-speed machining, rapid prototyping, virtual simulation and network technology and many other High-tech.
Through a variety of quality system certification of enterprises more than a year.
2. Economies of scale, rapid development of clusters In recent years, the scale effect has been paid more and more attention in the continuous development of the specialization of "small but fine specialized". In addition to the enterprise to do a strong, so that economies of scale to produce benefits, mold cluster production is also constantly showing its advantages, so "Mold City", "Mold Park", "mold production base" and other forms of cluster production in the country's rapid development. At present, the national annual output of more than 100 million mold enterprises have more than 40, more than 30 million enterprises have more than 200, has a certain influence of the "Mold City (Park)" has nearly 50.
These molds gather the production base construction, has played the positive promotion function to our country mold industry development.
3, pay attention to brand patents, strengthen innovative research and development Many enterprises began to recognize the "brand" and "patent" the importance of independent innovation of capital investment and ability to continuously improve. Mold has long been in the "rear" and "passive" status, so there are few "brand" and "patent." With the development of market economy, enterprises pay more and more attention to "brand" and "patent" in recent years. Some enterprises have recognized the importance of innovative research and development, investment efforts to improve quickly.
According to the China Mold Industry association learned that in recent years, many enterprises in innovation and research and development of the proportion of investment and sales of about 5%, individual enterprises even reached 8% to 10%.
4, High-tech popular, mold talent shortage The Mold technology content unceasingly enhances, belongs to the High-tech product mold more and more. With the development of high technology, more and more mold production enterprises are identified as High-tech enterprises by the relevant departments at all levels of government.
According to the preliminary statistics of China Mold Association, the current Mold industry state-level High-tech enterprises have 7, provincial and municipal High-tech enterprises have nearly hundred. Talent shortage is increasingly prominent. Although China's mold industry in recent years, the rapid development of workers, estimated to have reached nearly millions of people, but still can't keep up with the industry development needs. First, the total quantity is insufficient, the second is the quality is insufficient, cannot adapt the industry development the demand.
According to ROB survey, the national mold industry employs about 300,000 ~50 million people, including engineering and technical personnel accounted for 20%, at present, especially in shortage of high quality and high-level mold management personnel and senior technical staff and advanced technology workers.
5, the foreign trade deficit increases, the export prospect is optimistic Although China's mold industry has been driven into the development of fast lane, but because of precision, life, manufacturing cycle and capacity, and the international level and advanced industrial countries there is still a large gap, so it can not meet the needs of the development of China's manufacturing industry. Especially in the precision, large, complex, long-life mold, still in short supply.
As a result, large imports are required each year. The dependence on foreign capital is increasing every year. China's accession to the WTO has been more than 6 years, the rapid development of foreign trade, China's economic dependence on foreign trade rose from 30% to 70%. At the same time, in recent years, it is the period of foreign capital entering into China, with the opening-up policy expanding and deepening, foreign investment in China's mold industry is more and more, resulting in the dependence on foreign capital is also increasing year by year. For example, Guangdong Province is China's largest mold of the province, its capacity accounted for about 40% of the country. The mold production capacity of the province, foreign-funded enterprises accounted for about 60%, joint ventures accounted for about 10%. Mold exports in the province accounted for about 50% of the country, of which by foreign investment, joint venture exports also accounted for the majority of its exports.
The degree of dependence on foreign capital and foreign trade will have a great impact on the safety of the industry and the economic security of the whole country.
Previous article:
無
Ya-style exhibition with 80 Chinese enterprises to participate in Plast 2018
Next article:
色男人色视频综合_欧美肥臀爆乳巨大波_日产无码中文字幕_最近最新中文字幕大全2019_热の中文 热の国产